I’ve had OpenVAS/Greenbone running on CentOS7 for about a year, but we had a problem with the server scanning to 1% and failing. I saw a similar post for I believe Ubuntu, but after some time of troubleshooting, I decided to attempt an upgrade the app. I just found the following post which describes the same problem that I encountered during the upgrade earlier today:

I downloaded the RPMs and forced the installation of the latest versions. I had problems with the openvas-setup, so I elected to remove all openvas and atomic RPMs and (using yum remove) and restart the scanner installation from scratch. Everything seemed to go through the processes OK, except when I typed “systemctl enable openvas-manager.” I got the error “Failed to execute operation: Too many levels of symbolic links.” I never could resolve this.

I ended up multiple times making sure all RPMs for atomic and openvas were removed and deleted any relate file structure. I’m still getting the same error with “systemctl enable openvas-manager”, but I also see the following:

There is no current gsad.log file.

There used to be an “openvas-check-setup,” but I can’t find one that works with the latest version. I’m inclined to track down the earlier version, but can anyone point me in the right direction to hopefully make version 10 work? Thanks

Similar to Updating instructions from version 9 to Version 10 i’m closing this thread as no support fo problems originating from such 3rdparty packages can be provided here. 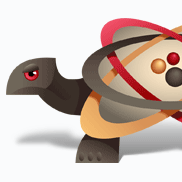 Contribute to Atomicorp/openvas development by creating an account on GitHub.

I know there has a very convenient tool which can let me know if installation complete. it’s name is openvas-check-setup but I don’t know where can I download it ? here is a url but now is 404: https://svn.wald.intevation.org/svn/openvas/trunk/tools/openvas-check-setup